Let’s start with the disappointing stuff first. I try not to read or watch too much about a game I know I’m going to play and therefore I had no idea that FFVIIR was going to be one installment of many. By the time I reached halfway I thought it was strange how slow things were progressing. I had no complaints though because I loved the pacing and I appreciated how the narration took its time to unfold events and allowed the gamer to cherish every minute of it. By the end of the game; however, I felt a little disappointed at the lack closure. There was a reasonable progression towards an ending and things escalated to make you feel you’re going to face a final boss and receive a conclusion; however, many parts were left totally unexplained. 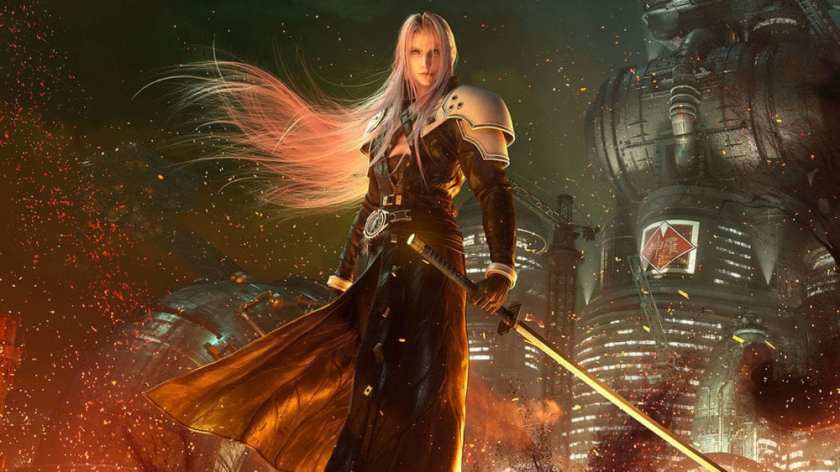 It’s a little hard to delve into without getting into too much detail but it’s safe to think at this point that the storyline of the remake will not follow the original. There were changes pertaining to the fate of some characters and also the use of time travel or parallel universe which wasn’t used in the original. I think I’m okay with the former but I’m not really a fan of parallel universe especially when it has been deployed in Kingdom Hearts and it got to the point where it became so convoluted, complicated and overdone in a way. I really hope that won’t be the case with this remake although I think that’s where it’s headed. 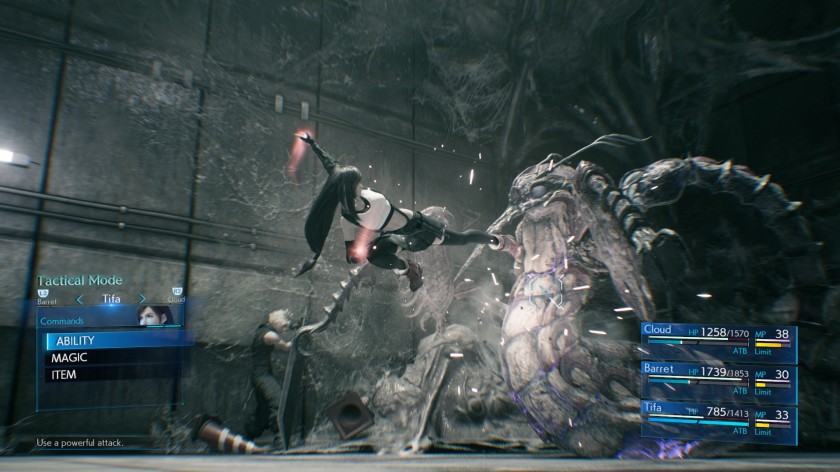 The other thing I didn’t like was the succession of battles in the latter segments of the game. Bosses were hurled one after the other in a short span of time. It’s common sometimes to get two bosses back to back in FF games but it felt slightly rushed towards the end and it made me feel worn out as opposed to feeling excited to take on the challenge. 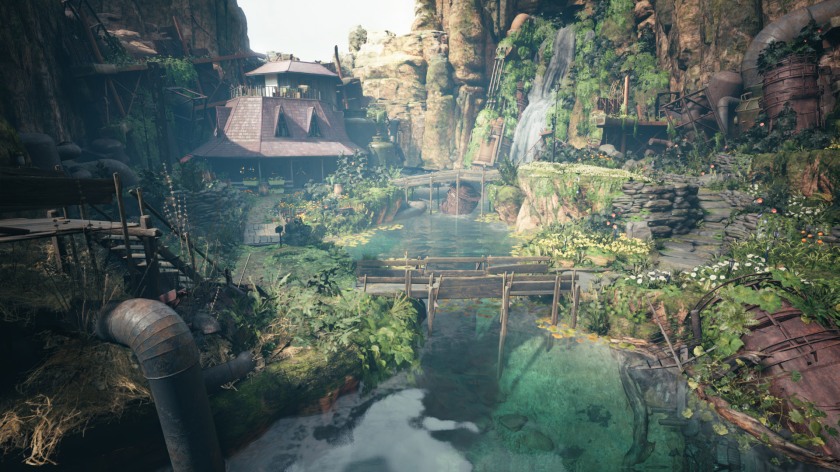 Now for what the game did right; there’s plenty. The world of FFVII is simply breathtaking. The level of detail that went into designing is mind-blowing. In addition, the contrast between the industrial parts and slums was fantastic. Midgar felt massive and had a unique personality. And I never knew slums could be portrayed in a cozy endearing way, and it’s not just nostalgia. The new characters, side missions and conversations added a lot of life to the city enough to make you care about their world and what happens to it. 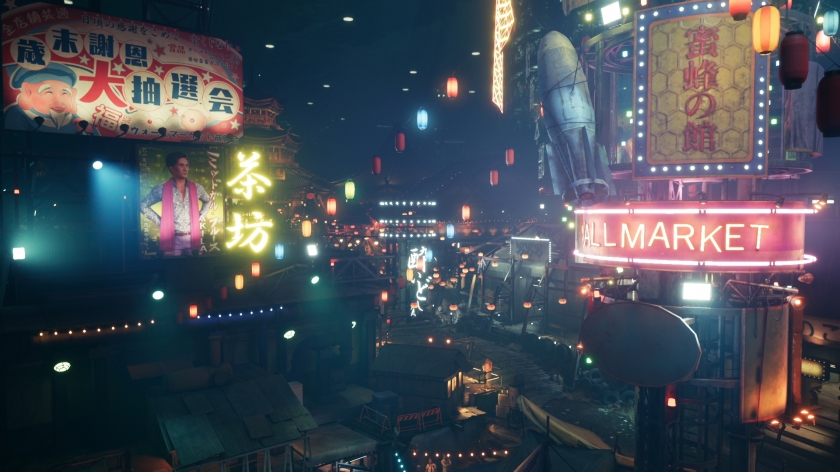 There were also clever mechanics around Final Fantasy hallmarks. For instance, it’s customary in Final Fantasy games to go on particular expeditions, fight GFs in order to unlock them; however, in the remake GFs are considered almost as a techno battle upgrades that you attain through a battle specialist and researcher. You are given a VR headset to battle the GF and then equip it. I thought this was a really creative method that made some aspects of the game seem believable as weirdly as that might sound given that the game is a “fantasy” but I guess it made it more grounded. 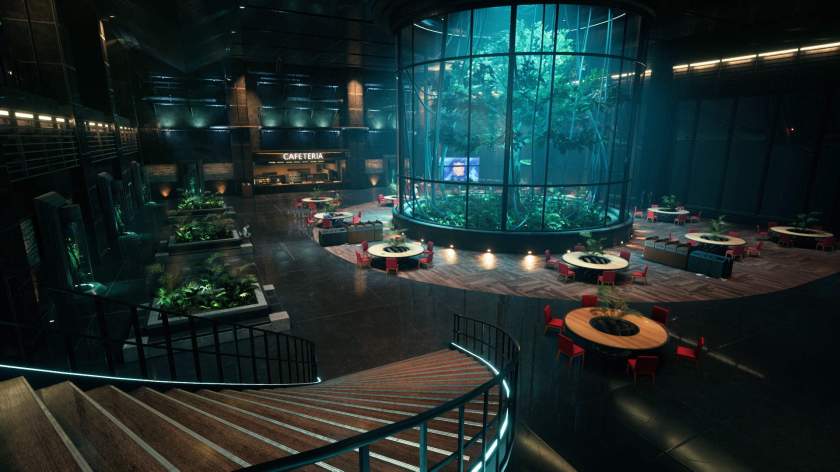 Similarly, in order to learn about Shinra and Mako energy, the game deploys an exquisite experience embarking on a Shinra “tour” down to the tiniest detail to get background information. I was hoping that they added more lore to this particular segment but I guess they didn’t want it to overwhelm the player. As open world as an FF game can be, it is linear in the end.

Another interesting change is the skill grinding aspect. In most FF games, players visit dungeons or some enemy infested areas in order to grind and level up and it is very easy to find and do it whenever you need to upgrade but in the remake, aside from the main plot, these areas are limited. You can still revisit old places to level up but the game almost doesn’t expect you to like previous games. Instead, you can use colosseums, gyms or battle arenas to test your skills and level up. I think that’s a fantastic way to break the redundancy of needing to grind in order to level up. As for the battle system itself, it’s flawless. They combined both turn-base and live action into one in a very smart but simple system. I absolutely love it.

Finally, the music. Where do I start? The soundtrack is absolutely STUNNING. It’s everything a FFVII would want. It’s true to the classic, nostalgic, yet contemporary and relevant! Many of the old scores are refashioned in a jazzy, bluesy, even reggae way. It’s actually fun collecting records to add to your juke box. 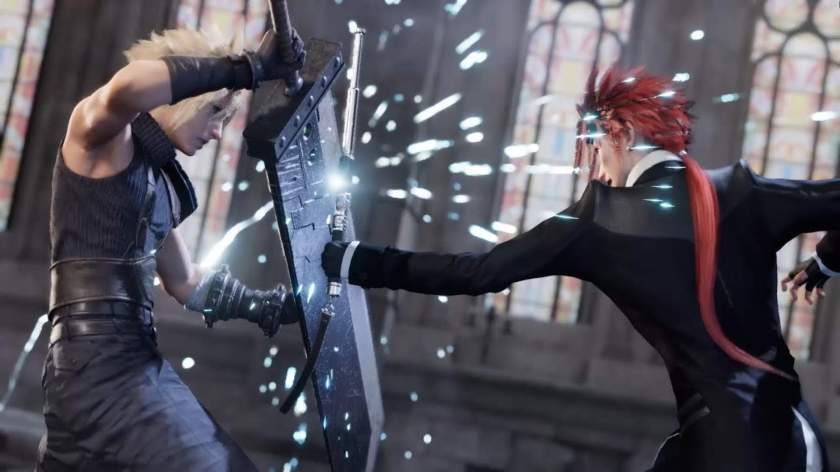 Overall the world of FFVIIR is rich and fantastic and it was wonderful going through the journey. Ironically I couldn’t say the same about the main direction of the game. I still worry where it’s headed and how it is going to unfold but I guess we will just have to wait and see what Tetsuya Nomura has in mind.

If you’re toying with the idea of playing this game- it’s definitely worth it! Just do it with an open mind.