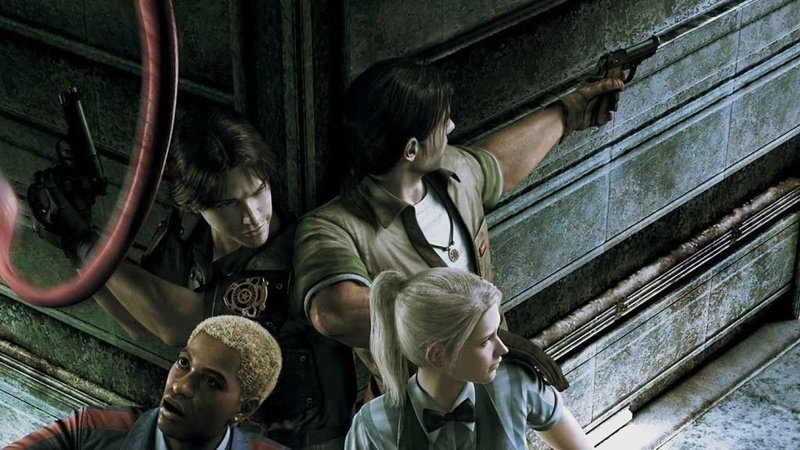 Disclaimer: I take no credit for researching or creating the information written here. It was fully prepared by the YouTube channel: Gamer Thumb TV. I merely organized the information in written form to make it easy for myself to follow up on the events of the game before the remake of Resident Evil 2.

Resides Evil Primer I covers the origin of the T-Virus, how the Umbrella corporation started, and includes a plot summary of the first two RE games: Resident Evil Zero, and Resident Evil 1.

Resident Evil Primer II covers what took place after the events of Resident Evil 1. It includes plot summaries of RE Outbreak and RE Outbreak File 2. It also covers the U.S.S. and U.B.C.S. missions.

Resident Evil Primer III deals with the plot summary of Resident Evil 2 and background information for RE Nemesis.

The only survivors from the S.T.A.R.S. Alpha and BRAVO teams are Chris Redfield, Rebecca Chambers, Barry Burton, and Jill Valentine.

After the last mission, the characters returned back to Raccoon City. Rebecca turned in a report claiming that Billy Coen cannot be found and has died in the incident in order to cover for him. The other S.T.A.R.S members reported back to their chief Brian Irons about the true nature of Umbrella, demanding answers. Irons, on the other hand, acted skeptical and dismissed the subject. In reality, Irons has been in communication with William Birkin and is bribed by Umbrella to keep quiet. As a result, Birkin disbanded the S.T.A.R.S team who are now more suspicious of the institution and have decided to take things in their own hands.

Rebecca decided to leave Raccoon City behind and start a new career. Jill remained in Raccoon City to gather information, while Chris contacted the FBI to report Brian Irons’ corruption. The latter grew out of control and conducted a series of crimes. Whesker approached Umbrella’s rival company- The Organization- with intel and secured himself a high command position in the organization.

After the Spencer Mansion incident, Birkin moved all his work to an underground lab at the outskirts of Raccoon City and continued his G-Virus research. Helping him is his wife Annette Birkin, while their daughter Sherry Birkin remained neglected. After Whesker left, Birkin decided to leave Umbrella and have his own share of the fame by contacting the military to sell them the G-Virus. Birkin’s plans were quickly uncovered by Umbrella who dispatched their U.S.S. (Umbrella Secret Service) team- an elite para military team assigned to find Birkin and retrieve the G-Virus before it reaches the military.

U.S.S. sent two teams: The Alpha Team, headed HUNK, the mysterious Mr. Death and Delta Team, a deadly group also known as The Wolfpack. The latter were prepared to infiltrate Birkin’s lab when they realized he had plans of his own. Birkin knew the U.S.S. would be coming for him so he used his Umbrella connections to hire protection from the UBCS (Umbrella Biohazard Countermeasure Service)– a group founded by Sir Vladimir. They’re a special mercenary group designed to carry out rescue operations and motivated by money.

Alpha team assisted Delta in their quest for Birkin and taking on the UBCS team. Down that line, Birkin was confronted, resisted, and ended up being shot. HUNK retrieved the G-Virus samples and left declaring their mission complete. Unknown to them; however, was Birkin holding on to one of the samples that he injected into himself to save his life. The mutation turned Birkin into a beast and he confronted Delta team, which stayed behind to cover for Alpha. Alpha, on the other hand, wasn’t entirely successful getting away with the samples. Birkin caught up to Alpha and as a result they lost them. HUNK decided to send back his team and retrieve the lost samples himself.

Umbrella lost all communication with the Alpha team and considered them dead. During the rampage, the lost samples spilled underground and infected rodents in the sewage which eventually spread into town through the water system. Birkin remained underground and multiplied the infected. Raccoon city broken into chaos.

Whesker recognized the T-Virus. Being in command of The Organization, he sent Ada Wong, the Organization agent who infiltrated Umbrella before the Spencer Mansion incident. Wong was ordered to go to the city and retrieve a sample of the virus.

In order to protect her work and family, Annette Birkin, hid a sample of the T-Virus in Sherry’s locket and sent her daughter to Raccoon City’s Police Department where she remains safe.

(William Birk’s story continues in Resident Evil 2, which can be found in RE Primer III)

The Outbreak | Chaos in the City

At this point chaos ensues in the city and the police lost control. The infected were spreading throughout turning the situation at hand into mayhem. Raccoon is now under quarantine and the army at one point was sent to investigate.

Events at this point in the timeline are covered in a couple of stand-alone/spin-off games that deal with the beginning of the outbreak (Resident Evil Outbreak and Resident Evil Outbreak File 2) following the characters: Kevin Rayman, Mark Wilkins, Jim Chapman, George Hamilton, David King, Alyssa Ashcroft, Yoko Suzuki, and Cindy Lennox.

The outbreak games follow an officer named Kevin Rayman who became the leader of a small survivor group who try to evade the onset of the outbreak. RE Outbreak games have several scenarios and take place in multiple locations such as, The Apple Inn, Raccoon General Hospital (also featured in RE 3: Nemesis), Arklay Mountains, Raccoon City University, the Subway (introducing Mega Bites/Giga Bites), and Raccoon City Zoo (enter Oscar the infected Elephant).

Outbreak File 2 also introduces Albert Lester (Axe Man), the former director of Raccoon General Hospital who used the virus to save his wife but failed and ruined the hospital.

Umbrella finally realized it’s impossible to contain the situation or conceal it. Instead, it decided to hide any connection linking Umbrella’s involvement. The U.S.S. Wolfpack team was sent once again to the hot zone in a mission known as “Operation Raccoon City“. The objective is to find any evidence associating Umbrella to the virus and destroy it. UBCS members were also sent into the force to become the face of the military and present an honorable image to the public and rescuing civilians. Ignorant of the truth, many UBCS members actually think they are doing good.

During their journey, Rayman and his group met professor Peter Jenkins, a researcher at Raccoon University who developed the Daylight Antivirus; a serum that can destroy the T-Virus infection.

At the same time team Wolfpack meet a sergeant in UBCS, a man named Nicholai Ginovaef who’s a friend of Sergei Vladmir and served with him in the Russian military. Ginovaef is assigned with a secret mission from higher authority to monitor the behavior of monsters in the city to determine their worth as weapons of war at all costs. Ginovaef has no qualms in using lickers against the other teams as a distraction in order to escape with his mission objectives.

Greg Miller, an Umbrella scientist helped Professor Jenkins develop the Daylight Antivirus serum but betrayed and shot him. Umbrella, being aware that Miller has gone rogue, sent a team to track him down, but was attacked instead by Miller’s special tyrant. Nicholai Ginovaef stood behind watching and extracted a sample of this invincible tyrant but the creature got away with the test tube latched on it.

Rayman and his group followed the notes written by Dr. Jenkins and found out that  Tyrant fluid or T-blood is a necessary component for the Daylight serum. To his luck, Rayman got confronted by the tyrant and managed to take the T-blood Nicholai extracted. Along the way, they met Greg Miller who wanted to conduct further experiments on his tyrant but was shot by Nicholai Ginovaef. Ginovaef rigged the university sending the tyrant face to face with Rayman and his group. After taking down the tyrant, Rayman stayed behind to allow more room for the others to get on a rescue chopper. The survivors who escaped on the chopper took the Daylight serum with them for further testing. Kevin and half of his other team decided to find another way to reach the city.